Built in 1928 for approximately $13,000, the McPherson Community Building has been an important gathering place for community events. Historically, the auditorium served as a venue for community theatre, talent shows and movies. The gymnasium was home court to the McPherson Globe Refiners basketball team, the first-ever Olympic gold medal champions. Community dinners, carnivals, fairs and fundraisers occurred along the way.

In 2008, voters chose to support the building’s renovation with a half-cent sales tax. Preparation included numerous studies, committees and discussions. The final project was designed by architect GLMV from Wichita, Kan., and design/build contractor Hutton Construction of McPherson.

Renovations began in late 2017 with the removal of the metal siding on the north façade. The goal is to return the front façade to its original design. Other plans include restoring the gymnasium to its original 1930s style, which includes an exposed ceiling, wooden floors and a balcony on three sides of the court.

The auditorium will be converted from a theater to a convention space with meeting rooms on the second-floor balcony. A level floor will be placed over the seating area, which can be removed if future generations determine the need to reverse the space back to a theater. The stage area will be converted into an industrial kitchen to accommodate community meals and special events.

Renovations include new rooftop heating and air conditioning systems throughout the building. Once completed, the community building will meet many needs for the overall community. 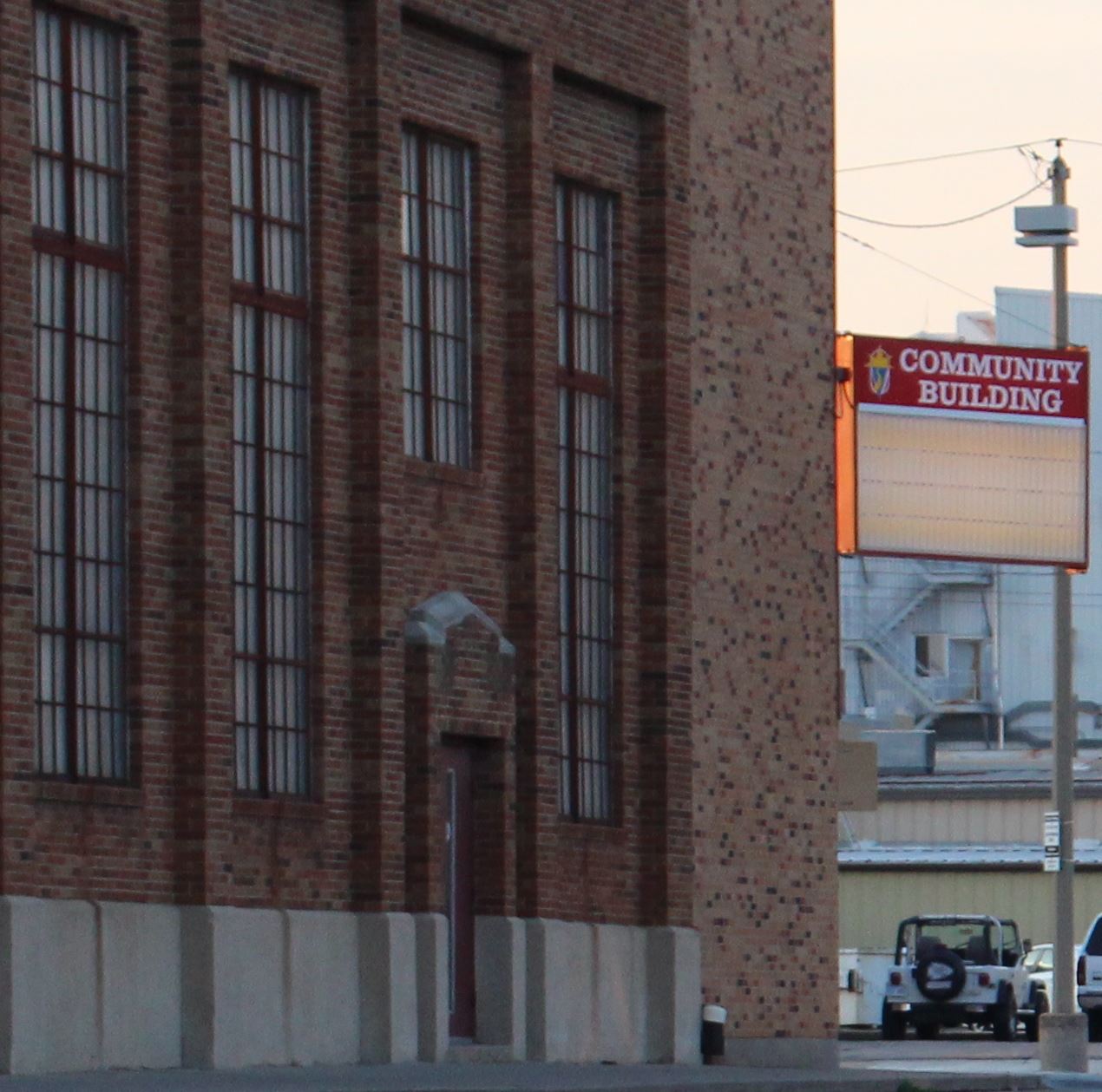 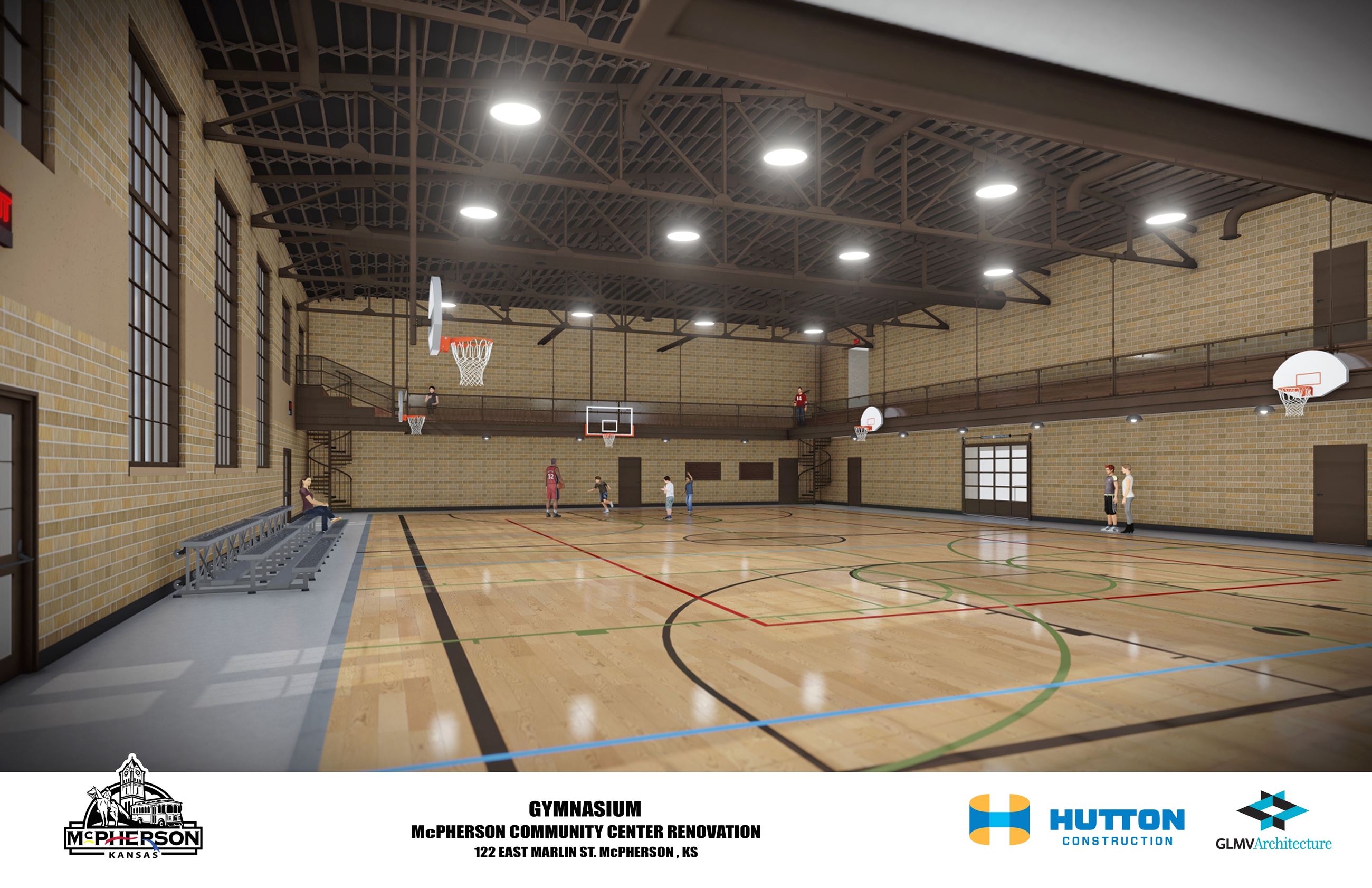 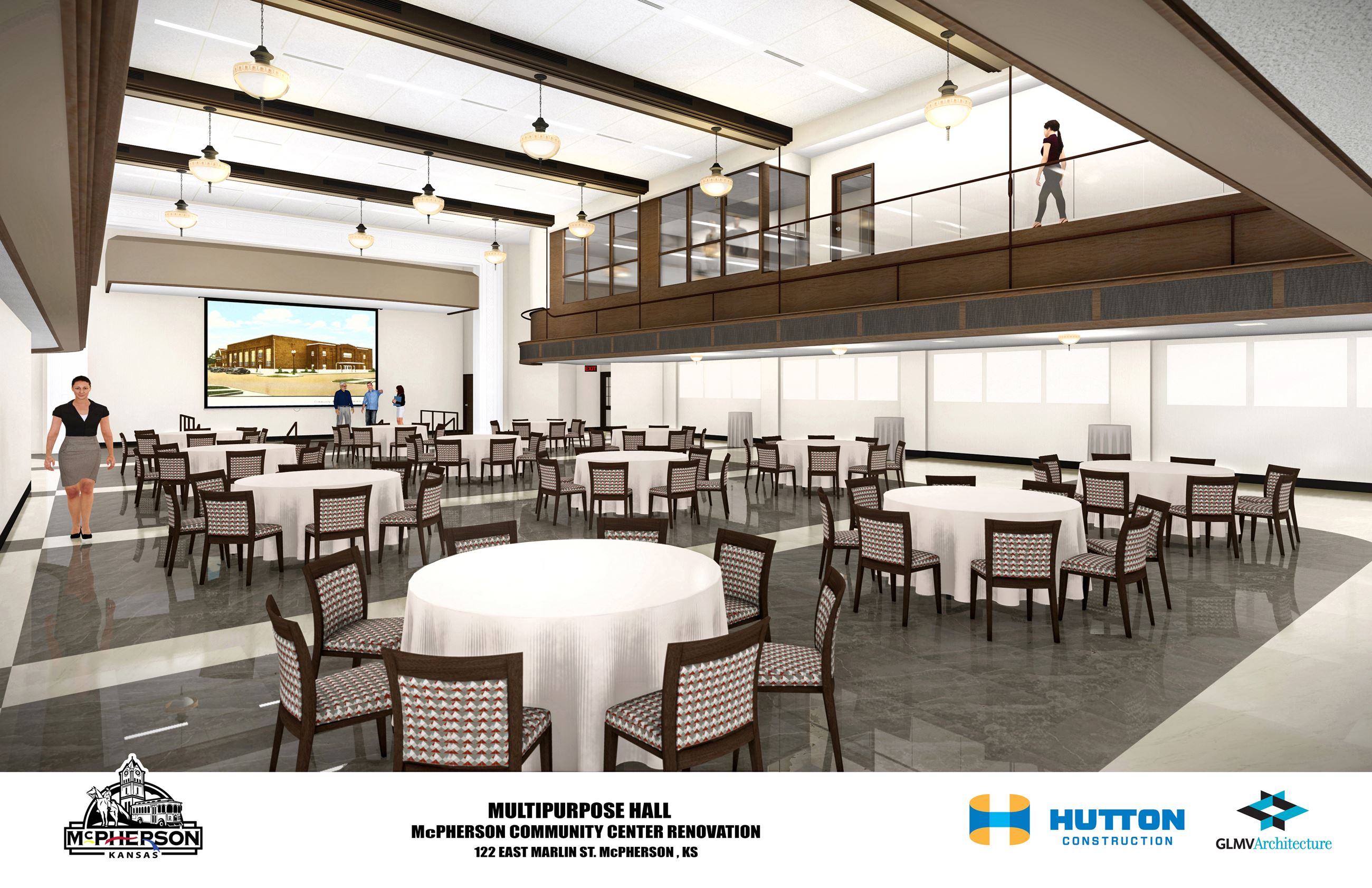